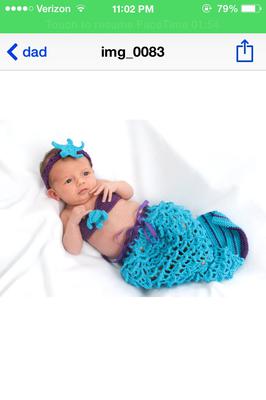 When I was younger my biological mother thought she couldn't get pregnant until she got me. I'm the oldest if a younger sister (2 years ) and my biological parents divorced when I was 4. My mom found a new person. A great one! And moved to Las Vegas leaving my biological dad alone and waiting until my sister an I were ready to talk to him one day again on the east coast.

Ten wonderful years passed by until I started going through puberty I noticed my parents where changing too.... By the time it was time for me to go into high school my dad was sleeping in the guest room (my old room). I was auditioning for a music school and my parents knew it was important to me. So they stayed together up until my audition. I passed the audition and my family kept it together up until August last year (this time of year) we went on a vacation to Aruba an my dad bought a necklace spelt the letter "p" on it.... My moms name is Nichole. I knew it was for someone else and I asked him about it an he smiled an pushed it away.

The rest of the trip he talked crap about my mom which I didn't really like but couldn't build the courage to tell him to stop cause I figured/hoped he would anyway. After the trip things went down hill. My mom catch my dad kissing / righting notes to other women the night if my homecoming. They split that night... My mom came into my room an told me he left and it was over. I cryed because I felt guilty that my mom was gonna find out about what I knew and I didn't know what she was going to think. Drama went down and we all knew my dad wasn't living at his apartment..

By the time January hit I goin myself a wonderful boy ...(also)I play the cello and one day when he was taking me to rehearsal he finally told me about his lover he was with. She was our old house keeper. Perla.. I found out what "P" standed for. I was so happy for him not even understanding the whole theme of it all an how messed up it was..

I fought with my mom like crazy. She still wasn't completely over the healing proses. Time went on my mom an I fought an fought and one day in march our fight got so bad I moved out she would hit my sister an I and I had to move out leaving my sister behind. I had to give my cat to my dads friend because perla (my dads lover/girlfriend) was allergic. And pregnant.... She was 5 months pregnant when I moved there that night. I met her and her baby bump and her two kids the boy was my age and the girl was 3 years younger but very mature.

Months past and one day the youngest girl wanted to sneak out and asked me to cover for her. She didn't listen to my instructions and got us both in deep deep trouble. Nothing's been the same since then. The tone of the house became quiets and awkward. Me and her weren't talking until the baby was finally ready. The baby was born on July 22,2014. Isabelle. I wasn't aloud the tell my mom or sister about the baby until the divorce was over..She was born on a topic of lies and trouble. I noticed so was I. I KNOW my dad an his girl friend wont last. In that awkward silence of face timing my boyfriend and bein locked in my room. I really came to terms with reality. This whole thing is messed up! I came to terms of what I wanted! My boyfriend said I seemed much happier at my moms. My dads had a track record now. My dad and his girl friend Tryed to break Louis and I up by telling my lies about him and me getting mad at him! We broke up for a week untill I put two an two together ... I was so angry.

Currently I'm moving back to my moms. To get my cat back and my life back.. I realized yeah my dad does care about me but he ony needed me to live there so he didn't have to pay child support... I know that now because I talked to him about it today and he totally made it obvious. To this day my dad an mom are still technically marryed. I've been righting I Isabelle for when she's older and can understand. I don't know what the future holds... But I know I'll be much wiser.